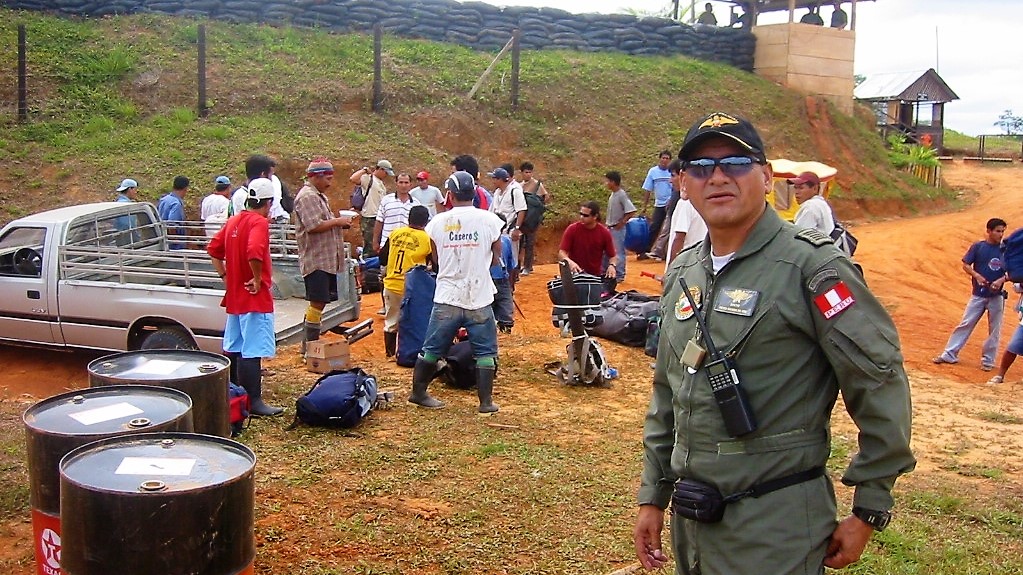 Administrative and Police Sciences Graduate and Licensed on Education. He graduated as a lieutenant from the National Peruvian Police Department on January 1981. Then he qualified himself as a skydiver and a specialist in operations against terrorism with the ‘’Sinchis’’ Special Police SQUAD at Mazamari, as an Intelligence Officer and Counter Intelligence Officer with the Antidrug Police, at waterfront operations at Fort Albrook-USA in Panamá and as an expert in Dignatary Protection. He obtained the Administration certification at the General Santander College from the Colombian National Police Department, as well as in Helitransportation Operations.

He is qualified at Fort Rucker USA-ARMY Alabama as a Flight Instructor, Night Flights and Flights with Night Visors. He is an Officer for the Prevention and Investigation of Aerial Accidents and Search Rescues as well as for High Mountain Flights. He worked as a Squad Chief, Operations Chief and Major State Chief for the Aviation Police.

He studied for Major State Officer at the Las Americas School in Fort Benning, Georgia USA in 1994. Then he completed a master course on Defense and National Development at the Center for National Superior Studies at the Peruvian Ministry of Defense in 2007. He completed a course on Systems for Operational Security Management at the OACI-DGAC.

He lent his services to the Link and Counseling Office for the Peruvian Air Force Squad.

He participated in multiple operations against terrorism and narcotics, in human support operations as well as in search and rescue operations at the Andes High Mountain Range. He participated as the responsible for the transportation logistic during the 7 Biological Inventories at the Field Museum in Perú and as freelance supporter for other foreign institutions, like the BBC of London and CICADA PRODUCTIONS.

He has approximately 6200 flight hours and ample experience on operations at the coast, mountains and jungle, giving him a complete knowledge of the geography of Perú.

He has been condecorated 5 times by Distingued Actions and congratulated 26 times by the National Police Squad and the Ministry of the Interior.

Currently he flies as a commercial helicopter pilot.