On April of 2010 we were contacted by Mentorn Media Production Company, who asked us to make the necessary logistic arrangements for the production of the “World Seven Wonders” program from the British Sky 1 channel.

For this program the character, Karl Pilkington, travelled around the world to the new seven wonders, including the Taj Mahal in India, the Great Wall of China, the Egyptian Pyramids and ended his journey at Macchu Picchu in Peru. To give that extra something to the production, it was decided that a few days were going to be spent living with a native community from the Peruvian Amazon jungle, and this is where we came in.

The decided location was the ample territory that is occupied by the Matses Native Community. This is located near the border from Brazil. During the journey, we slept in the jungle for two nights along with the entire crew.

We then traveled to our final destiny, the Santa Rosa annex at the Chobayacu Creek, which is a tributary of the Yaquerana River. Even though it was the first time that the Matses received foreigners in their territory, their enthusiasm was reflected every day during filming. Our most sincere appreciation for our friends Andres and Carmen, Santos and Estrella, Carlito Fasabi and Andres Huaqui, who acted as translators and incredible speakers with the members of the Matses Community. We will see you soon! 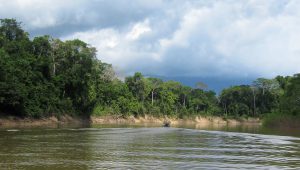 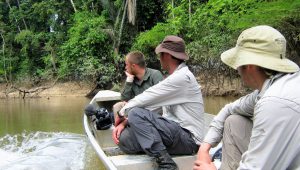 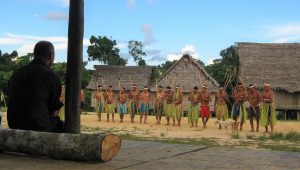 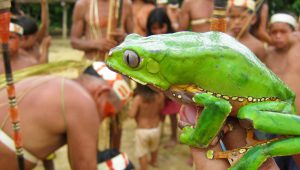